Good news from the Brazilian PTO: update on the Project to Fight Patent Examination Backlog

Good news coming from the Brazilian PTO (INPI), which has updated the numbers regarding the recently launched Program to Fight Patent Examination Backlog. As known, the Program established practical measures aiming to solve, within the next 2 years, 80% of the queue of pending patent applications.

The measures consisted in the publication of two new Preliminary Official Actions which, due to the simplified content, permit the issuance of a greater number of firsts technical opinions and, by means of argumentation and/or conformation of the set of claims in view of the cited documents, a greater number of decisions.

According to the update, there has already been a reduction of 10% of the backlog queue – representing about 14.3 thousand applications – within about 4 months of project. Among these, about 2.5 thousand have been decided. Although still being accounted as within the backlog queue, there are about 33.5 thousand applications already in technical examination due to the mentioned measures. Please refer to the chart below, representing the situation on November 26, 2019, for more details. 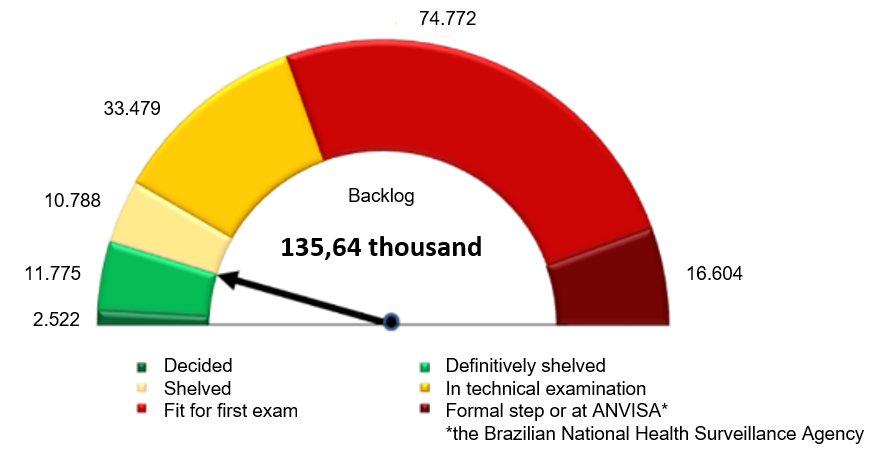 This is an important palpable result that puts Brazil in the right track and moving towards the countries that actually have Intellectual Property as strategic tool for economic and social growth.